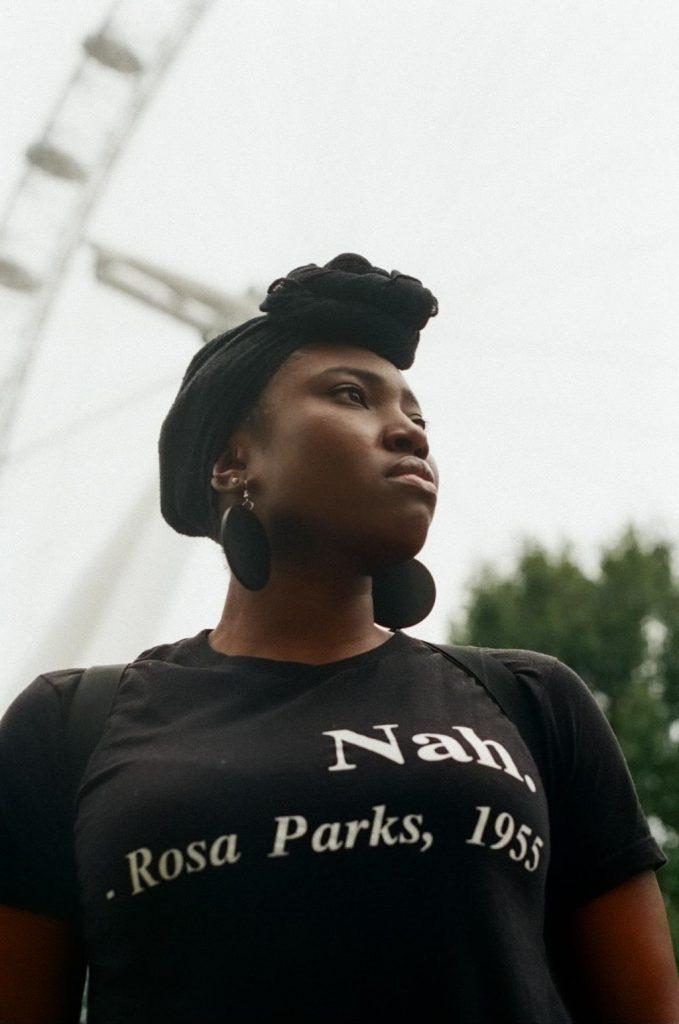 Writer, director & producer Monet Morgan recently released her short film ‘Wooly Hair’. Wooly Hair’ is a thought-provoking drama short film. Showing us a glimpse into the world of afro hair and micro-aggressions. I caught up with Monet a couple weeks before the release to discuss Wooly hair, her filmmaking journey and the future.

BR: Good afternoon Monet. How are you doing?

MM: Not too bad, thank you.

BR: Have you been enjoying the heatwave?

MM: I was overseas so I missed it. I’ll be here for the second one, I heard it wasn’t as nice.

BR: What inspired you to be in the film Industry and start writing?

MM: In high school I started to write little stories. I remember Keisha the Sket was out and everybody was reading it. It was everywhere. So, I was inspired by storytelling and did it for fun. I liked the ‘coming of age stories. This led to me putting stories on Wattpad. I had a passion for it. I studied Media and production during college. I had a module producing short films. Picking up a camera and being able to adapt the script and film it. I saw script writing similar to writing a story. It’s one of those things that clicked, picking up a camera, directing the talent on the front screen. The process really intrigued me. It helped me solidify myself as a director.

BR: When was the first time you wrote a script and what was it about?

MM: I wrote a script and made a short film called double crossing. It was about a young gentleman who had a situation whereby he’s going through the day. He has come out of the police station for a crime that was pinned on him. He just wanted to spend the day with his people, his best friends and his girlfriend. In that aspect for him to be in that position was basically an aspect of trust being crushed by the people he cares about. His girlfriend double crossed him and his best friend betrayed him. It highlighted knife crime, and showed an aspect of discrimination and betrayal which was a main theme.  I wanted to tell this story to highlight knife crime and show that it’s not worth it and the severity. This was back in 2012.

BR: What inspires you to write socially led short films?

MM: I gravitate towards stories and characters of people that I can relate them to people that I know and love. As a black woman growing up and witnessing stuff. Trying to understand the world, life and your community. We observe these things of the perspective of being black young women. There’s so much pain but also litty stuff about the culture. Stuff that I find beautiful but I wasn’t made to feel that way. Example: Wooly Hair that relates to a lot of people we didn’t grow up appreciating the beautiful nuances of our hair. We can be versatile with our hair and that our hair is acceptable. I don’t speak for everyone but some of us did not feel that way about our hair. I take these things and make it into a story. It would be nice to make movies that people can connect with. That’s what story telling means to me.

BR: Is that how Wooly Hair come about?

MM: Me and my cinematographer were sitting in Starbucks. We were supposed to collaborate on a project but it didn’t work out. We said to each other let’s make something. He asked me if I had anything in mind and I did but I needed to put some pieces together. That same evening, I put the pieces together! (Laughs) I knew it would be self-funded and I knew it would be difficult. So, I tried to be more strategic and during this time I was transitioning to natural hair. I wanted to focus on what happens and tell the story of wearing your own natural hair. I wanted to focus on what happens to the heart. People that don’t identify they don’t think about that. You can’t put anything on them. I wanted to focus on what happens in the heart which is why in the short film there was minimal dialogue which is why at the end there’s a 2 min scene of dialogue. Everything before is non diegetic meaning there’s no dialogue, mostly atmosphere visuals and action.

BR: Why did you start the movie with a hair tutorial?

MM: Another aspect which is something I can relate to is where people were turning to, YouTubers they were educating. How to style our hair and the process and most of us can probably say we weren’t doing that when we were growing up. Then you see their hair and you can see how long and healthy they’re hair is. I thought it was a great way to start the film.

BR: You have written, directed and produced shorts. What is your favorite role when it comes to filmmaking?

MM: I have always been conflicted. Where I’m at right now I’ve found it hard to write. I think now I am at a stage where I want to elevate myself. It is hard to know what the ‘institution’ like which sometimes takes the joy out of writing. I’m leaning towards directing. I enjoy the process because of production. I love being in production, even though it can get crazy that’s what makes me love it more because it’s imperfect. When you think about when you have the final product and all these trials and tribulations you went through and still ended up with something great. It’s a wonderful feeling that I am grateful for.

BR: On the topic of trails and tribulations what are some of the challenges that you face?

MM: As a director things don’t always go to plan. You could have a schedule and a plan but something always happens. Being able to adapt is something that I have learnt.  As a writer, getting out of writer’s block can be difficult. I’m trying to be inspired by watching foreign films for example.

BR: You touched on ‘institution’ earlier. As a black woman how would you describe your experience in the British film industry?

MM: There has been an improvement with the amount of women and POC behind the camera. I think in the U.K. there is still a gap and we have a long way to go to make it even.

When I was younger the ‘black renaissance’ of movies in the 90s and early 2000s had stories that looked like me. Currently, you can start to see more programmes and stories that represent black community and culture such as Insecure (one of my favorite shows), Queen Sugar, the Black-ish, P-Valley, Atlanta and more. Barry Jenkins is one of my favorite directors and he has his films and the Underground Railroad series.

So there has been a positive change with our stories are being told and I hope it continues. There is a market for more and I think there is room for more. The same applies for films.

In this industry you have to have tough skin. I have gotten a lot of nos.

BR: What is next for Monet?

MM: I have been having positive conversations around a short film that I have written and directed. It is in the genre of romantic drama. With themes of identity and community. These themes can also be associated with Wooly Hair. After doing Wooly Hair I felt like I found my voice as a director so going towards this new project I am going in excited.

My current goals is to be able to have a successful have a green lit project that I’ve developed and to direct more projects.

You can watch Wooly Hair Here