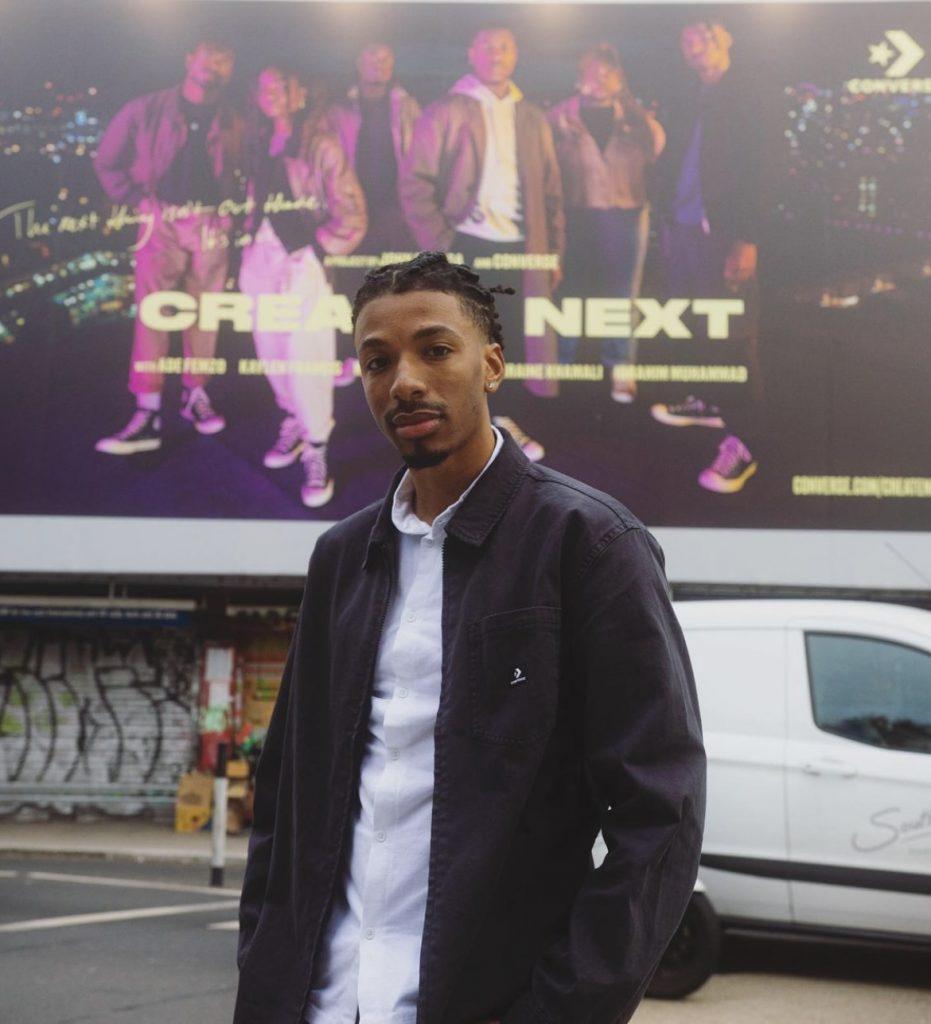 Following the release of his second short film ‘The Healer’ backed by Converse & John Boyega ‘Create next film project.’ An initiative that aimed to shine a light on five up-and-coming Black filmmakers. I caught up with Kaylen Francis and we spoke about ‘The healer,’ his transition from acting to directing and his thoughts on black British filmmaking.

BR: Hey Kaylen how are you? How’s your week been?

FR: My week has been me just working on other projects and getting back into writing. I know everyone’s like when are you going to rest. But I feel eager on expanding the healer amongst other projects. Getting back to that place.

BR: How did you get involved with the Converse/John Boyega project?

KF: They dm’d me on Instagram. I thought it was a scam at first. Somebody from converse was looking for British film makers and they liked my work. They didn’t reveal it was a John Boyega project. After research I accepted and here we are today.

BR: What got you into directing & inspired you to make the ‘The Healer?’

KF: What got me into it was growing up I would watch a lot of movies and read books. I love that through the books and movies it allowed me to transport myself to a different world.  Even though the characters were different to me I could still relate to them

I wanted to create a superhero that was black British and relatable.

BR: What message did you want to send out with your superhero?

KF: With great power comes great responsibility. But I wanted to pose the question: what if I can’t do this and these powers are too much to bare? I have been in that space before. Part of the inspiration was the story of Jesus he was adored before and then he was hated.

BR: Interesting… Is that why it was released on Easter week?

KF: (laughs) I can’t take credit for that. I didn’t mean for it to be released during Easter. I don’t believe coincidences.

BR: How was the process of making ‘ the healer’?

KF: My process was learning how to refine my ideas and methodology. When I first did my treatment I was thinking big I had been given 25k. But even though that’s a lot of money, I learnt that in films it’s not that much. They say diamonds are made under pressure so it was a long process. I was learning how to frame my ideas so for example filming in one location.

BR: Why was it important that the protagonist ‘Shiloh’ was able to heal others but not himself?

KF: At the core of the story I wanted to talk about empathy. I saw a quote ‘to scar is to be human’. As humans we are perfectly imperfect. I wanted to show that Shiloh is a human like everybody else and I wanted to make him relatable. If he was a perfect healer there would be no consequences. I wanted his power to symbolise the process of helping  someone overcome their personal trauma. As humans we’re not perfect and I wanted to depict that through Shiloh.

BR: Did you mean to leave the film on a cliffhanger?

KF: My dilemma was that I couldn’t wrap it up in five minutes without it feeling forced or rushed. I decided to be different and say the story doesn’t need to end. Can it continue and let the audience request for more?

BR: What would you like next for ‘the healer?’

KF: I would like it to be a feature film. My style I like to take my audiences on a journey.

BR: What inspired you to make the transition from actor to director?

KF: I wanted to go behind the camera because I was being put forward for stereotypical roles that weren’t positive. I like to be part of films that benefit society. Which is why I decided that I had my own ideas. I should try it.

BR: What advice would you give actors that would like to transition into writing or directing?

KF: I say do it. Try not to be too harsh when you first start. People have a tendency of being a perfectionist however don’t let your desire to be perfect hinder your belief to release your work. My old work would probably make me cringe but because of that I was able to be in this Converse/John Boyega project. Start it, finish it and make sure you release your work.

BR: What advice would you give to actors in general?

KF: My advice would be to follow your heart. Do not be swayed by clout and money because in the short term it may be beneficial but in the long term you may regret it.  What I have learnt is that this career path isn’t traditional. A lot of us do this because we have a passion for it and enjoy it. The moment you betray yourself it becomes just a job. I think it’s important to stay true to yourself. If you feel like you’re comprising yourself then have faith and believe another job will come.

BR: What do you think of black British filmmaking at the moment?

KF: There’s two extremes missing a middle ground . People say my films don’t feel British but I would like to change the identity of London or provide a third identity. I want to pave my way through that. As British people we need to think bigger sometimes. I think Americans think big in terms of their concepts.  I take inspiration from different cultures. But you have to go bigger outside of our comfort zone. We have a goldmine of British stories.

BR: Who are some of the people you would like to work with?

KF: I would like to work with Letitia Wright, Michael B Jordan and of course John Boyega.

BR: Finally what is next for Kaylen?